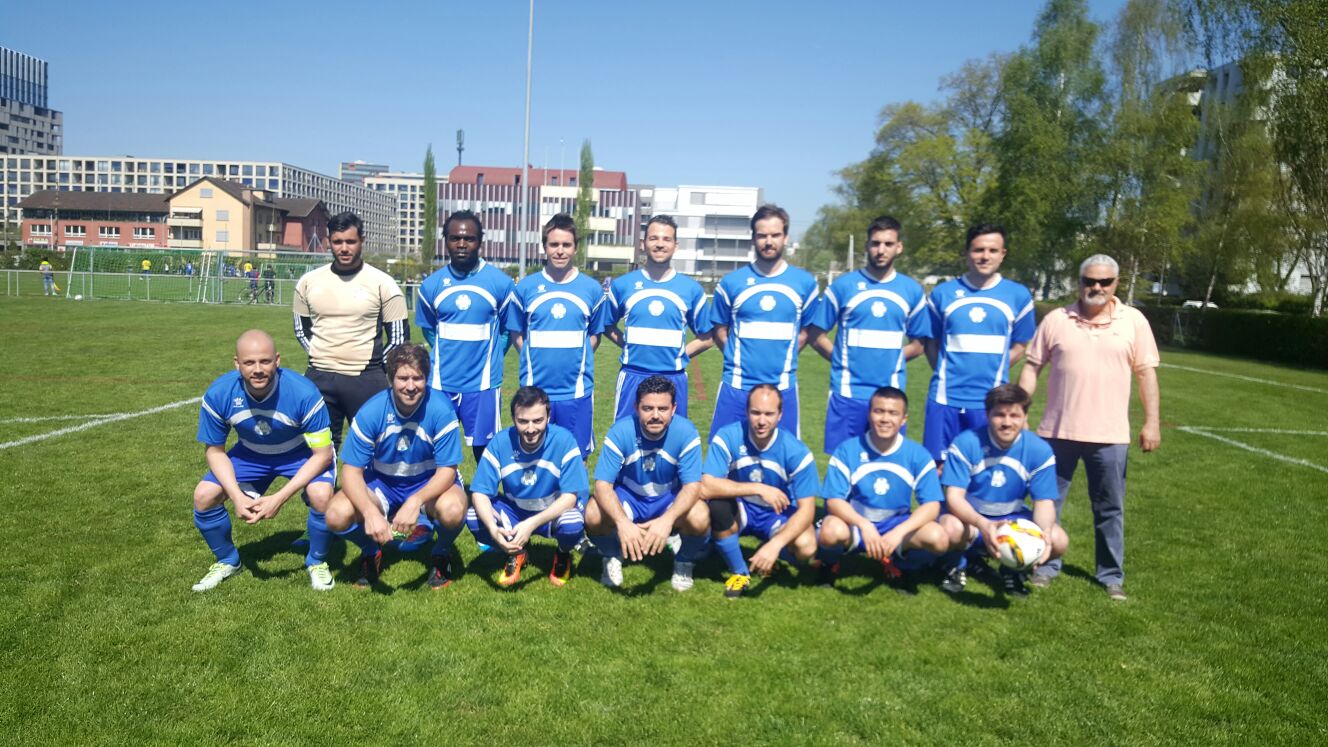 Building on a strong performance against the league leaders Uitikon last week, FC Hard burst confidently into action on a bright sunny late-April morning in Brunau.  Reinforced in midfield by Irish duo Brian and Paul (called up from the seniors), the team started confidently, building possession in the midfield and keeping it tight at the back.

Just before the break, Hugo opened the scoring with a header at the backpost from Craig’s looping cross after a sustained period of pressure.  After a string of wasted opportunities, the collective relief was palpable and Hugo’s lap of honour clearly showed his personal relief at breaking a long running scoring drought.

Soon into the second half, our Aussie centre-half Evan headed in at the back post from a perfectly flighted free kick from Paul, in a move that was almost straight from the training ground.  It helped somewhat that their keeper didn’t fancy it much. From then on, Knonau went all-in sending two more players up front, including their powerful centre-half, in what you could call a power play.  However, this risky tactic backfired as Knonau were left exposed by swift Hard counter attacks.  From one such attack, a well weighted pass from Brian to Paul, who broke from midfield, lead to a well-timed pull back for Pat to precisely slot it home for our number 3.

Perhaps due to their lack of experience in leading games, Hard didn’t take the opportunity to kill the game off and retain possession in the opponent’s half.  As a result, they had to resist a series of late onslaughts from Knonau which were adeptly kept at bay by our tireless defense, including an out of position Matteo, and importantly another fine performance from our own ‘flying Scotsman’ goalkeeper/striker Brett.  At the same time,  Hard should have had at least another 4 goals to their name as clear cut opportunities in front of goal were repeatedly squandered.  Nevertheless, the team did the job they set out to and can celebrate the much needed victory before preparing for the next round, a tough test away to Galatasaray at Buchlern on Sunday – current joint league leaders.  Kick off 10am. 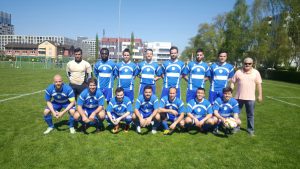 The second round of the 2016/17 championship got off to a flying start with a 7-0 thrashing of FC Hellas.  Tempers flared on this unseasonably hot April Saturday afternoon resulting in many yellow cards and one red card for Hellas.

The players have a month’s break before the next game, at home to Bosna.